Nina Conti: 'I'm hoping people will sit in the front row if they're feeling brave' 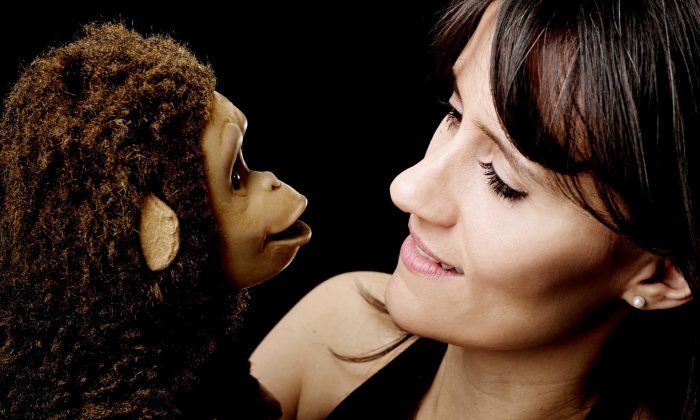 Nina Conti has been appearing at the Edinburgh fringe since 2003. Her new show,In Your Face, takes her ventriloquist act in to new territory by using audience members with masks as “live puppets”.

Your show consists of improvisation, ventriloquism and audience participation – three of the scariest forms of performance. Are you drawn to the adrenalin of not knowing what happens next?
No, I was terrified of it all of my professional life until I started doing it, and I realised improv is really to do with responding. It was through studying clowning that I came to it. I’ve always been a bit of a thrill-seeker in terms of doing bungee jumps and stuff like that, but in terms of performance, no. I stuck to a script for 12 years with that monkey.

Where did the idea for a fully improvised show start?
I used my audience masks in a previous show, and the first time I did it I paid a stooge – now it feels insanely cowardly that I did that, I can’t believe I did it. I can only tell people about it now. But it was untourable with the stooge so I started to risk it with real audience members and found it was much funnier. So then I always looked forward to the mask bit, and it got longer and longer until I decided to do a whole show. I like the fact that it’s collaborative and everybody’s on the journey together – it’s not just one person showing they’re clever...